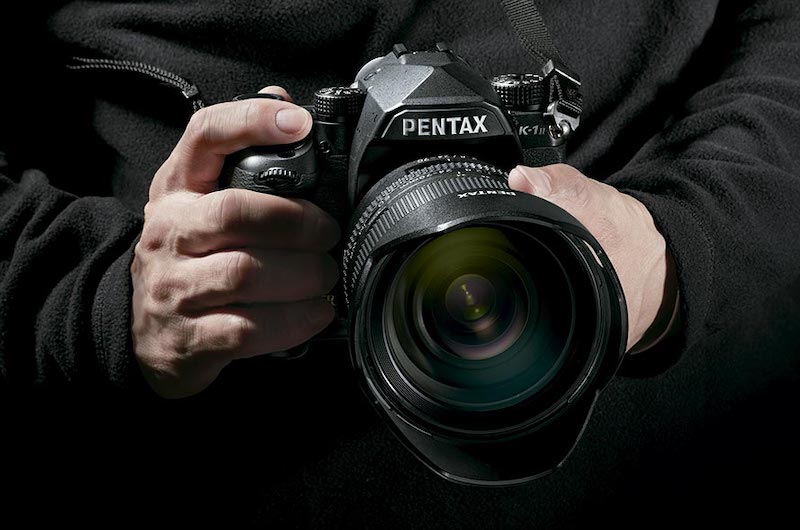 Pentax has always been somewhat of an underdog in the photography world despite a reputation for quality and features not readily available from other brands.

At the turn of the century, when digital SLRs were still taking their first tentative steps into the limelight, Pentax was on the cusp of releasing its first-ever DSLR.

Had they done so, they would have been one step ahead of all the major players, including Sony, Canon, Kodak, and Nikon.

Unfortunately, the launch never happened and in 2005 Pentax entirely skipped full-frame development to settle on a medium format DSLR – the Pentax 645.

The company has also been bought and sold a couple of times since those early digital years (they are now owned by Ricoh), but the buyouts didn’t affect Pentax’s ability to deliver high-quality, rugged workhorses for their loyal fan base.

In 2016, Pentax released the K1 to eager fans, a full 13 years after its last full-frame model.

Of course, with so much downtime between releases, there wasn’t much incentive for third-parties to deliver full-frame K-mount lenses, and pairing a 36MP sensor with old-glass rarely lived up to expectations.

In 2018, Pentax announced that it was ready to re-enter the full-frame market with the imminent release of the K-1 Mark II, but most enthusiasts of Pentax full-frame cameras will need to consider if it’s worth the upgrade.

Matching it spec for spec, the K1-Mark II appears to be quite similar to the original, but closer inspection will reveal a few handy refinements.

Pentax full-frame cameras, or camera, as there is only a single offering if you don’t count the K1, faces stiff competition from competing brands with a similar spec sheet at this price point (and quite a few that beat it).

However, the Pentax K-1 Mark II does have some features which make it stand out as an excellent choice for certain breeds of photographers – namely adventure, landscape, and travel photographers.

Features of the K-1 Mark II

You still get the 33-point AF system continued over from the K1, but the speed and accuracy of the tracking system have been significantly improved.

As well, a new hand-held Pixel Shift mode stacks four photos to create an image with an ultra-high resolution.

Like the K1, the K-II is built with a tough exterior, complete with chunky grips, weather resistance, and a familiar control layout.

One glaring omission is the touch screen, which seems like an odd choice for a 2018 model camera, but the “Cross-Tilt” LCD may appeal to photographers who regularly find themselves at odd angles, or work with tripods.

Some accommodation has been made for the lack of a touch screen, with LED lights on the LCD screen nicely lighting up all the controls while night shooting.

For the most part, lenses designed for the K1 will be compatible with the K-11, but compromises will need to be made when using DA and DA-L lenses intended for use with crop sensors.

It would be nice to have more choices, and compared to the competition, you really have only a meager selection of rebranded and third-party brand choices.

There’s plenty to like about the K-1 Mark II for the landscape photographer.

It has a great dynamic range for high contrast vistas, and RAW files shot in the base ISO ranges combined with the high-resolution sensor have no trouble picking up every detail.

The Pixel Shift mode, when used with a tripod, is a significant improvement over single image files due to the elimination of the CFM (color filter array), and no need to demosaic.

Travel photographers will always need a camera that can handle the extremes of being on the road all the time. The KII has decent battery life, is weather sealed, and is made to handle whatever you throw at it.

As we said earlier, the Pentax K1 Mark II has plenty of competition in its price range, but a few unique features and a sturdy build may make this model the perfect choice.

If your style of photography demands a rugged build, a high pixel density, and a battery that will last most of the day, then this camera is definitely worth a look.