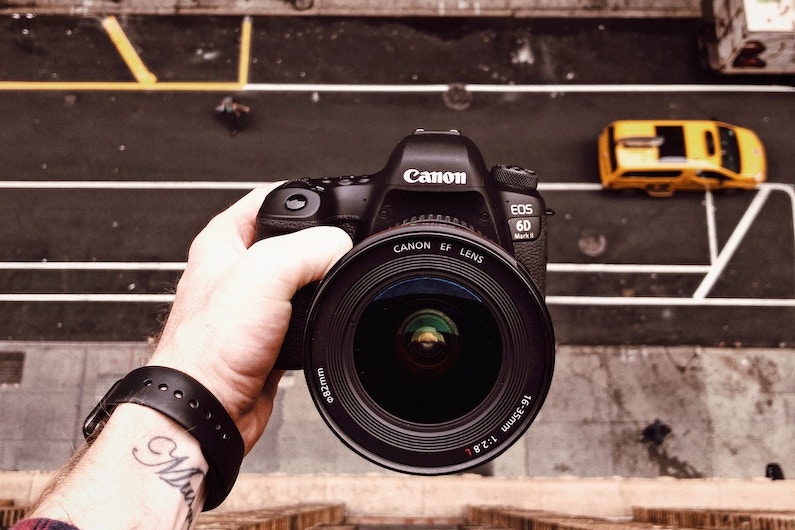 Is the Canon EOS 6D the Buy?

For a lot of professional photographers, and amateurs who demand the best from their equipment, full frame is the only way to ensure the very best performance in every situation.

Canon has always been at or near the top with many of their camera models but which Canon full-frame camera models are the best that Canon has to offer? Read on to find out.

The EOS 6D Mk II packs in all the features you need without going over the top on price, making it a worthy upgrade to the original Canon EOS 6D released 6 years prior.

The new model features upgrades in handling, a higher megapixel count and a late generation processor to make the most of every one of its 27.1 megapixels.

The Dual Pixel AF image sensor also means that AF is now a lot faster than in the original model, which also provides hybrid phase/contrast detection.

A fully articulated touchscreen makes operation a breeze, made even more useful because it’s viewable from wide angles and opens up the ability to select focus points with the mere touch of a finger.

Burst rate has been increased from 4.5fps to 6.5fps, and extra connectivity is available in NFC and Bluetooth.

Following in the wake of the domination Sony’s full-frame mirrorless format has enjoyed, Canon finally introduced the mirrorless EOS R into their range of Canon full-frame camera models.

However, the EOS RP may be more compelling and budget-friendly.

A still hefty 26.2-megapixel full-frame CMOS sensor with fast buffering and very capable autofocus provides plenty of options for both still and video photography in 4K and HD.

Focusing is as simple as tapping on the screen on one of the 4779 focus points. The EOS RP features an EV range of -5 to 18, which means the camera is competent even in low-light conditions.

For your money, you get the biggest pixel count of any other full-frame DSLR on the market.

A 50.6MP image sensor will give even the most hardcore pixel peepers a decent workout when poring over the images produced by this very capable camera.

The EOS 5DS R is a virtual replica of its predecessor, the EOS 5D Mark III, but body weight has been reduced while increased rigidity makes for a more robust camera.

With such a high pixel count, sharpness matters, which is why the engineers went back to the drawing board and came up with a new shutter design that reduces vibrations.

The result is that the EOS 5DS R is one of the best in its class for capturing every little detail and texture.

Because this model is so adept at capturing such fine detail there has been a tradeoff made in ISO settings by limiting the EOS 5DS R to ISO 6,400. If low-light shooting is your passion, this model may not be the best choice.