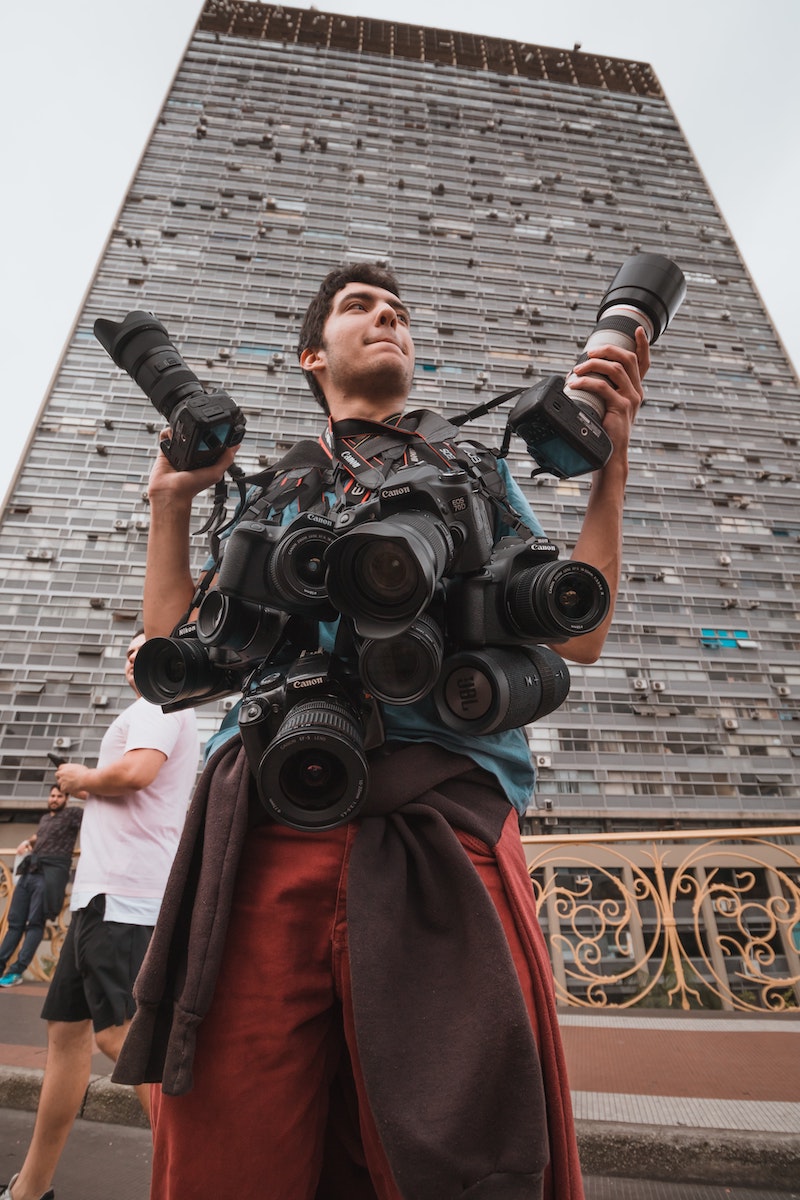 There were many exciting developments in the full-frame camera spectrum in 2018. With Canon, Nikon, and now Panasonic all jumping on-board with mirrorless, 2019 promises to be an even more exciting year for the format.

Canon and Nikon released full-frame mirrorless models in 2018 and have been playing catch-up to Sony ever since.

The big camera manufacturers have devoted a large number of resources to giving photographers what they want: smaller, easy to manage camera bodies while somehow managing to squeeze in high-resolution sensors and incredible feature sets.

But what’s in store for full-frame cameras in 2019? Are the glory days of DSLR coming to a close? No doubt, there will be a few surprises coming our way as we move further into the year.

Is DSLR Looking at its End of Days?

Not only does a mirror increase complexity at the manufacturing level, but it also increases the lens must be mounted further from the sensor.

Moving parts are prone to failure, and there are engineering challenges to ensure all those tiny pieces are always in perfect calibration.

Innovation in DSLR hardware has stagnated, and the improvements we have seen have been iterative and hardly ground-breaking.

As image quality fails to make noticeable improvements with each generation, more DSLR photographers are choosing to stick with their current cameras.

A small form factor without sacrificing image quality is the Holy Grail for photographers who are always on the move, but advances in hardware and technology can only take us so far.

There’s a wave of mirrorless cameras rolling off the factory floors, with each new model providing a smorgasbord of features such as improved EVFs, smaller bodies, new mounting options, and smaller flange distances.

Most importantly, mirrorless full-frame cameras are increasingly bringing many of the advantages previously only available to cropped sensors such as APS-C and M43.

While hardware innovation for DSLRs may have hit a wall, software advances are ongoing for full-frame mirrorless.

Being able to integrate all of the advantages mirrorless technology provides into a full-frame camera means exciting times are ahead for photography professionals and enthusiasts.

Both Canon and Nikon have both discussed their desire to produce new lenses for their full-frame mirrorless cameras, a lot of it due to opportunities the engineers have to create glass which sits closer to the sensor.

Because the mirror of a DSLR needs to be moved out of the way for video capture, DSLRs are put on a level playing field when it comes to video capture.

A mirrorless design using an EVF also opens up new possibilities for image analysis. Face and eye detection can be the driving force behind auto exposure and autofocus.

This is not possible in a DSLR because a mirror is blocking the image from the sensor during focusing. Of course, a few manufacturers, such as Nikon, have circumvented this problem with secondary sensors, but this has increased complexity while only offering a limited resolution for the analysis.

Canon’s most significant advantage – its hugely successful DSLR division – may also put the company at a slight disadvantage from a marketing and resource perspective.

A large selection of bodies and feature sets has been a boon to photographers – both for those just entering the field at a budget level and providing veterans with choices for expanding their range and skillset.

Developing a line of full-frame mirrorless cameras will undoubtedly take some of the focus away from Canon’s successful DSLR line-up.

Being able to combine powerful hardware with a versatile operating system has also opened up another complex issue for Canon: how to provide a budget full-frame camera that doesn’t compromise their premium line-up?

Canon is obviously aware of the potential conflict and adopted an interesting strategy in an attempt to manage a solution. A plan made clear with the release of the EOS RP.

However, the combination of a sensor taken straight from the 6D Mark II and integrating it with the DIGIC 8 processor of the 5D Mark IV means the EOS RP has CPU power that is equal to many cameras in its professional and semipro range.

There are very few physical restrictions imposed on what the EOS RP can do. To prevent their budget model from conflicting with their premium offerings, Canon deliberately crippled the hardware in the EOS RP.

What’s in Store for Lenses and Mounts

Sony scored a considerable lead when photographers embraced its new mounting system because of its ability to work between different sensor sizes.

However, Nikon and Canon have been introducing wider mirrorless mounts which may reveal limitations imposed by Sony’s small sensor sizes in a few short years.

Still, until that time, Nikon and Canon will have to decide if they want to continue juggling four different lens types (the fourth relating to their push into the APS-C mirrorless segment), which will no doubt come with its own set of challenges.

Full-Frame is a Growing Market

It’s difficult to fathom that just a few short months ago anyone considering a full-frame mirrorless camera was limited to only two manufacturers: Leica or Sony.

Sony has been full steam ahead getting its third-generation full-frame premium cameras ready for market, but these offerings still paled in comparison to the very active APS-C and Micro-Four-Thirds market segments.

Now that Canon has released the EOS R, Nikon their Z6 and Z7, and Panasonic with two new arrivals in the Lumix S1 and S1R, what was once a niche field is rapidly becoming a standard.

Full-frame mirrorless cameras are becoming cheaper and more accessible. A lot of it has to do with the continued availability of older models still being available at off-the-shelf retail.

However, support for full-frame can also be found in a growing second-hand market, which makes it possible to score a full-frame mirrorless for about the same price as a new budget level APS-C.

Many buyers are quite happy to forego the latest tech just to get the chance at having a fully-featured semi-pro or professional full-frame camera.

As DSLRs reach their technological peak and high-res sensors plateau, it’s up to the software to drive innovation.

With the major manufacturers entering the mirrorless full-frame market, it would seem that the days of the DSLR are numbered and the future of full-frame will be in mirrorless.