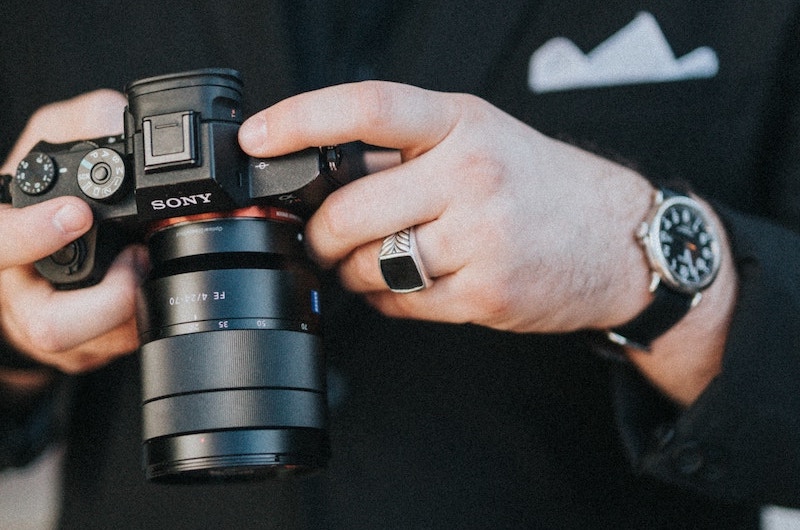 In August of 2018 Sony officially became the top-selling brand for full-frame cameras in the first half of 2018, not just in terms of raw dollars, but also in the number of units sold according to NPD Group, the organization which tracks such things.

It seems that professional photographers are having a bit of a love affair with the Sony mirrorless full-frame camera range at the moment, but why have they become so popular? Let’s find out.

While Canon and Nikon stuck with DSLRs, their primary moneymakers, Sony decided to try going in a bold new direction with a full-frame mirrorless format.

They saw a gap in the market and swooped in to fill it. It was a gamble which has paid off big time.

While the cameras were considered favorably from the beginning, the release of their third generation range, notably the A7R III, A7 III, and the A9, are the models that gave Sony the boost they needed to nudge their way into the top spot.

Professional photographers wouldn’t move to a new format unless it came with benefits, so what is it about Sony’s mirrorless range that is causing so many pros to sit up and take notice?

In a traditional DSLR, a mirror is used to send an image to an optical viewfinder so what the camera sees and what the photographer sees are the same thing.

Previously, mirrors were the only way to remove the guesswork out of lining up a shot correctly.

Mirrorless full-frame cameras use an electronic viewfinder, rather than an optical one, to do the same job as a mirror.

Mechanical devices are used to move the mirror and adjust the view in the viewfinder; they also take up space inside the camera and add bulk to the frame.

Remove the mirror, and you can make a camera much more compact without losing any of the advantages.

During long exposures, mirror shake could cause vibrations and the risk of a blurry image.

A full-frame mirrorless camera not only removes the vibration, but it is also a lot less complicated to create an efficient design for improved optical image stabilization (OIS). It is also a lot easier to adjust to hand-shake.

By removing the complication of a mirror, engineers were free to come up with designs that are capable of zero shutter lag, with negative digits possible when using the buffering technologies popular in high-end smartphones.

This feature means that the camera is capable of recording the image even before the photographer presses the shutter button, opening up access to new features such as HDR (High Dynamic Range), noise reduction, and focus stacking.

The Sound of Silence

A Sony mirrorless full-frame camera has the advantage of electronic shutters, which means photographers can shoot in complete silence with no chance of disturbing the intensely focused competitors at the golf tournament.